Born and raised in Kerala, India, Jomon completed a Bachelor’s Degree in Hotel Management from Sarosh Institute of Hotel Administration at Mangalore University. Upon graduating, Jomon was offered his first role within Speciality Restaurant Pvt Ltd, one of India’s leading restaurant groups, as Chef de Partie at Sigree.

Jomon moved to London in 2008 and took up the role of Chef de Partie at Bombay Palace, where he was able to strengthen his expertise in an authentic Indian cuisine and develop his skills in fine Anglo-Indian dining.

He joined Baluchi at the Lalit London as Chef de Cuisine in 2017. Baluchi is the pan-Indian dining destination within The LaLiT London. Jomon is responsible for creating new and exciting dishes to continually enhance the menu, as well as leading the kitchen team on a day-to-day basis. Since 2020 he has been the Executive Chef at LaLiT London, England making him one of the youngest executive chefs in London 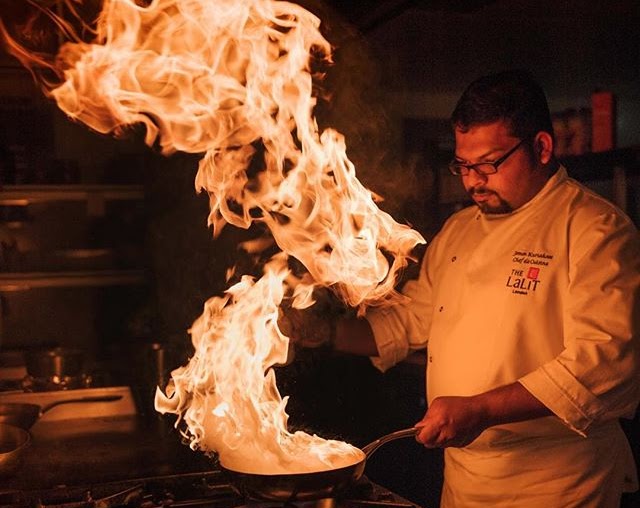 We use third party cookies and scripts to improve the functionality of this website.ApproveMore info